Have a great Christmas!

From Anne and Phil at Freeranger Eggs. 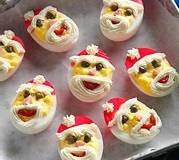 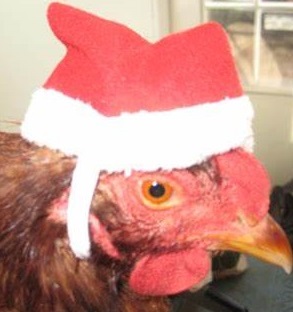 Posted by freeranger at 9:07 AM No comments:

Recent photographic trapping in bushland on our farm at Grantville has demonstrated that native wildlife is threatened by vegetation clearing on land next to our farm, owned by concrete giant, Barro Group. Previous research showed the area is habitat for at least 17 species of mammals/marsupials as well as 140 bird species including powerful owls and wedge tailed eagles, platypus and blackfish live in the Bass River.Widespread destruction of vegetation, clearing the way for sand extraction is likely to annihalate many native species by ripping apart the wildlife corridor identified for protection in the Regional Sand Extraction Strategy Lang Lang to Grantville.

Among the animals shown in the latest research are: Koalas, Black Wallabies, Common Wombats ,Short-beaked Echidnas, Eastern Grey Kangaroos and Mountain Brushtail Possums.This research was undertaken by the Southern Brown Bandicoot Regional Recovery Group. Earlier work was carried out by consultants for the Regional Sand Extraction Strategy in the 1990's and by Friends of Bass Valley Bush Landcare Group in Baseline Studies of Bass River conducted for the Natural Heritage Trust. We have asked Bass Coast Shire why action has not been taken against Barro Group for clear breaches of its planning permit by the wholesale bulldozing of native vegetation right down to the Bass River. 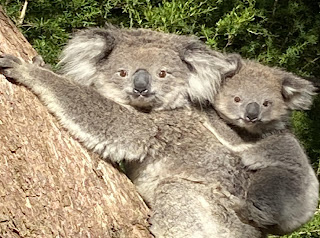 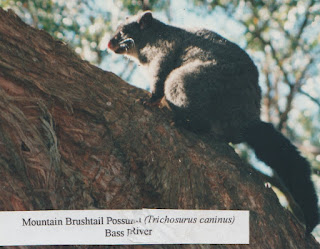 Many of the UK’s free-range chicken farms are expected to be shut down at any time. Farms that had been allowing their egg-laying hens access to the outdoors will be forced to keep them locked in sheds because of the threat of avian influenza.

In the past, cases dropped in summer but infections continued this year , with 3.5 million birds culled . Hundreds of thousands of seabirds are also believed to have died from the disease.

Experts believe avian flu is now endemic in wild birds, creating a risk of infection all year round, and has a greater ability to persist in the environment.

Avian flu can be spread through infected body fluids and faeces, or via contaminated feed, bedding and water – and even vehicles, clothing and footwear. experts also point out that the movement of birds or eggs and other material between poultry farms as a source of infection. It is the close confinement of chickens that allows the disease to spread quickly so hens in Australia on genuine low-density free range farms are not likely to encounter problems. Intensive ‘free range’ farms maximising production to supply supermarkets are the problem. 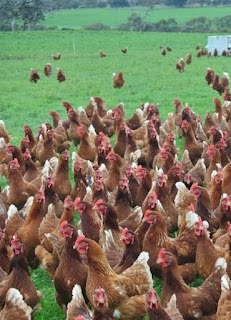 Posted by freeranger at 5:46 PM No comments:

Many British farmers are losing money on every egg they produce. Losses increased in recent weeks following Russia’s invasion of Ukraine. Some farmers are cutting production, rather than face the loss of their farms.

Feed cost increases are a major factor, adding 25p-30p per dozen on top of general increases.

Rising production costs are also impacting egg farms here in Australia, but, thankfully, not yet to the same extent as in the UK.

Posted by freeranger at 4:49 PM No comments:

Government 'Time thieves' at it again 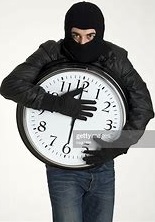 so-called Daylight saving (Eastern Summer Time)  started today. Hard to believe that anyone thinks it's a good idea. Time marches on at the same pace whatever governments decree! Politicians just like to delude themselves and bully all of us. They are a waste of space.

The concept of daylight saving has been controversial since its inception. Winston Churchill suggested that it enlarged "the opportunities for the pursuit of health and happiness among millions of people." Retailers, sports, and tourist businesses have historically favoured it while farmers and some religious groups have always opposed it.

Posted by freeranger at 9:22 AM No comments:

Pious declarations about action over climate change would ring more true if action was taken where it matters – such as keeping trees alive and retaining native vegetation. When we bought our property at Grantville, we quickly realised the importance of the native vegetation on the site which provided the only vegetated link between the Bass River and the Grantville Nature Conservation Reserve. We chose to opperate as a free range egg farm rather than clear all the land to graze sheep or cattle. Now our property and its resident wildlife faces the threat of the wholesale removal of vegetation on adjoining land to prepare for a massive sand extraction industry.

Bass Coast Shire supports the clearing and subsequent contamination of the Bass River and adjoining land. Its Planning Department claims “The Native vegetation removal by Barro Group was exempt from the need of a planning permit. It was undertaken for fire prevention purposes and an exemption under the Planning Scheme is afforded to them to have undertaken these works.” However, the Shire has failed to specify what the fire control measures were supposed to protect and why clearing on the river was not referred to Melbourne Water as required by legislation. The importance of the vegetation as a wildlife corridor was identified in the Regional Sand Extraction Strategy, Lang Lang to Grantille. This defined a clear biolink – all the Shire needed to do was implement (and enforce)the Sand Extraction Strategy from 1995.No one at Landcare or in the CFA has the skills required to match the work undertaken by those who developed and mapped the plan of the vegetation and wildlife corridor. Led by consultants AGC Woodward Clyde, they included Biosis Research, Andrew Paget of Ausbotany Marcus Marsden and Nicolas Day as well as countless hours put in by members of Friends of Bass Valley Bush Landcare Group.Trashing habitat in the Bass Valley demonstrates the low priority given to ecological issues. Bass Coast Shire has failed to enforce permit conditions.If the Council was serious, it would cancel the Barro Group planning permit. The importance of the area has been recognised for years, including The 1970’s Westernport Environmental Study conducted by Professor Maurice Shapiro and the 1990’s Baseline Studies of Bass River conducted by Friends of Bass Valley Bush Landcare Group for the Natural Heritage Trust in addition to the Regional Sand Extraction Strategy, Lang to Grantville.More than 375 types of native vegetation have been documented here with over 140 bird species, 17 mammal/marsupials and 22 types of reptiles. 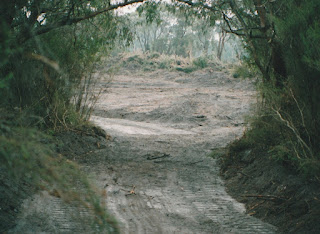 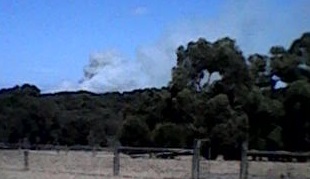 Posted by freeranger at 9:38 AM No comments:

We still get questions from customers about washing eggs and if eggs should be stored in a refrigerator The answer to both is NO!

American egg farms wash eggs before sending them to market, in the mistaken belief that will minimize the spread of any salmonella bacteria on the outside of the egg. They ignore the fact that washing removes a cuticle from the surface of the egg- a natural barrier which keeps the inside of the egg free from bacteria. After washing, eggs must then be refrigerated so that any bacteria on the eggs  don't have a chance to invade the egg. In Australia and many other countries, eggs are not washed as a matter of course which means that the cuticle keeps the egg’s interiors safe from any bacterial invasion for at least a couple of weeks without refrigeration, however eggs are best kept cool rather than in a warm kitchen. Washing eggs generates more potential health problems. If eggs are so dirty that they need to be washed before sale, the producer has a flock management problem which  needs to be rectified. Nest boxes and laying sheds must be kept clean with hens on fresh pasture (rather than on mud or manure). Check out our website and read our handy eBook on setting up a freerange farm. In general,the only eggs washed automatically are from major producers who sell through stupidmarkets.

Posted by freeranger at 10:50 AM No comments: