With the easing of Covid19 restrictions in regional Victoria  we could see an improvement in business activity. There is unlikely to be a major boost because most restaurants and other outlets in this region rely heavily on visitors from Melbourne - which is still locked down.

Posted by freeranger at 2:56 PM No comments:

An extension of Melbourne's Covid19 lockdown as a result of more State Government emergency powers supported by cross bench members in the Legislative Council, will almost certainly result in the deaths of thousands of poultry on egg farms. The closure of restaurants and shops resulted in a dramatic drop in sales which has left many farms unviable and farmers simply can’t afford to feed their chickens. It’s no surprise that the Green’s Samantha Ratnam gave in to the State Government plans because the party has no understanding of argiculture or animal welfare issues but it is odd thatAndy Meddick of the Animal Justice Party took that step as animal welfare is said to be a key plank of AJP policies. Leading epidemiologists have expressed concerns that a lockdown extention will provide little or no medical benefit.Modelling options used by Government advisers should be revealed. 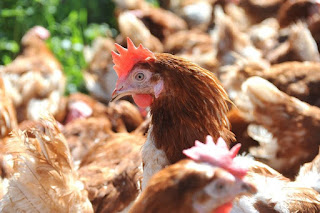 Posted by freeranger at 7:58 AM No comments: