Intensive farming operations are able to produce more food at lower costs - that's why food such as eggs from hens on genuine free range farms can be more expensive than the type typically bought in supermarkets. Many producers - even some who call themselves 'free range' have installed lighting in laying sheds to increase short-term production - and profits. There are no lights in our sheds,so at Freeranger Eggs, our hens follow their normal life rhythms - sleeping when it gets dark then waking up at daybreak.

Posted by freeranger at 11:30 AM No comments:

Major Australian egg producers may be able to sell eggs in South Africa following new cases of avian influenza in that country. Since June when the highly pathogenic avian influenza (HPAI) was discovered, an estimated 15 percent of the country’s layer flock has succumbed to the disease, and the authorities are considering the need for future egg imports.

Posted by freeranger at 11:24 AM No comments:

The importance of providing clean drinking water for laying has been highlighted by a British veterinary poultry specialist. Dr Ian Lowery found that dirty water lines could cost egg producers eight per cent in lost production and result in higher bird mortality, He found that performance fell in hens drinking water that contained high levels of bacteria and other contaminants. 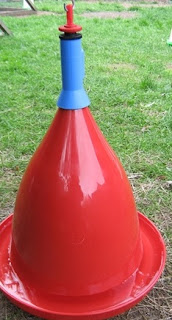 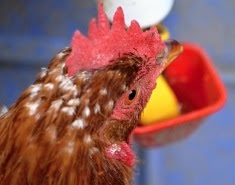 Posted by freeranger at 11:19 AM No comments:

The cost of complying with a range of national and state regulations adds at least 20% to the cost of eggs in Australia and it’s much the same in Europe where complying with European Union legislation adds, on average, an extra 16 percent to the cost of egg production.. Here, legitimate egg farmers are required to meet stringent planning regulations as well as food safety , packaging and labelling laws, while some operators are completely exempt from regulations. This results in unfair competition with many thousands of eggs sold to unsuspecting consumers. Those eggs from non-compliant producers, meet no food safety standards and present a severe health risk to families.
Posted by freeranger at 2:54 PM No comments:

The Australian poultry industry is in turmoil over conflicting regulations by Government departments. Victoria State planners overturned a decision by Ministers for Consumer Affairs who caved in to industry demands that intensive poultry farms should be allowed to describe their eggs as free range. Proposed changes to Victoria's planning laws demonstrate the incompetence of Ministers for Consumer Affairs who approved an outdoor stocking density of 10,000 chickens per hectare for free range egg production. But the proposed change to a maximum of 450 hens over an entire property is absurd. Under the changes, permits will not be required for back-yard egg producers with up to 200 chickens and hobby farmers with less than 450 hens. The new planning reforms seem to suggest that genuine egg farmers aiming to make a living will now have to obtain permits for an activity that was regarded by most planning officers as an 'as of right' use on land in a farming zone. Far from improving the concept of a 'right to farm' the changes will have a negative impact on farmers. The planning changes amount to an assault on free range farming. Please help us to change the Government’s mind by signing this petition.
Posted by freeranger at 3:41 PM No comments:

The Freeranger Eggs farm at Grantville is an example of sustainable farming. The farm management plan takes a three pillars approach to how the farm operates. Animal welfare is one pillar, but equally important are land sustainability and food safety. Despite all the political bickering in Canberra over emissions trading scheme targets, some small businesses have been playing their part in addressing the problem. Freeranger Eggs in Victoria has been getting on with mitigating the impact of carbon emissions. The farm's carbon footprint is limited by imposing a food miles policy for deliveries, using recycled materials and equipment whenever possible, utilising solar power and mechanical processes and an effective waste reduction programme. As a result, the 1200-chicken farm generates only about 60 tonnes of CO2 each year. But it is better than carbon neutral, it is carbon positive. The average organic matter in soil tests was 4.1 per cent in 2004, in 2006 it was 6.0 per cent, and in 2009 it was 7.9 percent. Calculations based on 2-inch deep samples, show that over those five years the farm sequestered about 14 tons of CO2 per acre or four tonnes of carbon per acre on the grasslands. Further testing and calculations have not been carried out because there has been a total lack of interest in the results. 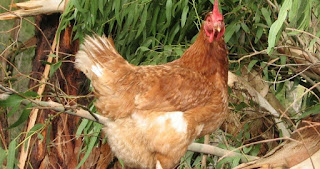 The farm applies no chemical fertilisers, herbicides, or pesticides and this policy increases the biological life in the soil and increases the rate of carbon sequestration. Rotational grazing is practised on the pastures – taking advantage of photosynthesis to pull CO2 into the plants and then into the roots from where it transfers to the soil. In addition, every year at least another tonne of CO2 per acre continues to be sequestered by the regrowth of Kangaroo Apples (Solanum laciniatum) in the main paddocks. Native vegetation has been protected on approximately 100 acres of the property and regeneration there sequesters a further tonne of CO2 per acre. This brings a grand total of 1500 tonnes of CO2 sequestered on this property over five years – an average rate of 300 tonnes per year compared with the farm's carbon output of around 60 tonnes. On days of full sun the solar panels on the farm shed generate 13 - 17kW of electricity a day and as on average the farm consumes just 9kW a day it helps the bottom line. Freeranger Eggs gained international recognition in 2012 as the Australian winner of the Energy Globe Award.
Posted by freeranger at 2:27 PM No comments:

Friday October 13 is World Egg Day, established by the International Egg Commission. We hope it will result in donations to our crowd funding appeal to set up webinars on establishing genuine free range egg farms. People need every encouragement to set up low density free range farms to meet consumer demands. Details at https://www.gofundme.com/2tar52cThere is growing consumer demand for eggs -particularly the free range variety which is why corporate producers label their eggs as free range. To celebrate World Egg Day, egg lovers across Australia have revealed their favourite ways to eat them. Eggs are a popular choice – 93 per cent of Australian households eat eggs with 63 per cent describing themselves as egg lovers. Eggs aren’t just a weekend treat, with 51 per cent consumed on a weekday, highlighting just how versatile they are as a meal option.
Posted by freeranger at 11:18 AM No comments:

Our hens are laying well and the excellent level of production means that we are easily meeting our regular orders.A new monthly market at Corinella starts next Saturday (Oct !4), the day after World Egg Day and as Corinella is just down the road, we will be there with a full selection of eggs. including dozens of our huge Megga Eggs (950g packs). Our new flock has just started laying so we will also have some pullet eggs for those who like small eggs.

Posted by freeranger at 12:35 PM No comments:

The Canadian Province of British Columbia has introduced standards for free range egg farms which show just how pathetic the regulations are which were introduced by our Ministers for Consumer Affairs. The standards in Australia are loose and have no audit or enforcement mechanism.Click here for details in Canada 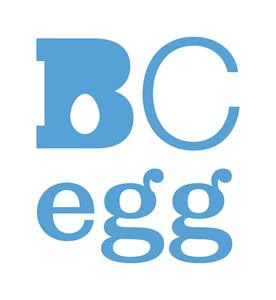 Posted by freeranger at 11:23 AM No comments:

Proposed changes to farm planning regulations in Victoria, and the decision by Ministers for Consumer Affairs to allow a huge stocking density of 10,000 chickens per hectare on free range farms has not daunted newcomers to the industry. There has been a strong increase in the number of enquiries from people thinking about starting their own free range egg business. A good starting point is reading an eBook on starting a free range farm available on the Freeranger Eggs website: www.freereanger.com.au When deciding to set up a free range egg farm, take the time to plan properly. Find out the zoning of the land and talk to your local Council planning department about their requirements. It’s also worth contacting the State Department of Agriculture. You can find on-line resources in most states. In Victoria, contact: http://agriculture.vic.gov.au/agriculture/farm-management/business-management/permits/guidelines-for-rural-planning-applications. At an early stage in the process, talk to your Council Environmental Health Department about any specific requirements they have.
Posted by freeranger at 4:23 PM No comments: