An outbreak the H7N9 strain of avian influenza in China has seen the introduction of some strong biosecurity measures there and in some other countries. The United Nations' Food and Agriculture Organisation says that unlike other bird flu strains, this new virus is hard to detect in poultry because the novel virus causes few signs of disease in animals.
"Unlike H5N1, where chickens were dying on a large scale, with this virus we don't have a red flag that immediately signals an infection. This means farmers may not be aware that virus is circulating in their flock. Biosecurity and hygiene measures will help people protect themselves from virus circulating in seemingly healthy birds or other animals," said Juan Lubroth, Food and Agriculture Organization chief veterinary officer.

Gold Coast Health has put emergency department doctors and GPs on alert for symptoms of the bird flu in patients who have been to China.

There are 20 flights a week between the Gold Coast and China and the Federal Government has warned that the H7N9 virus, which has so far killed nine of the 28 people it has infected in China, has a higher likelihood of spreading because the virus has already infected humans through direct contact with poultry.
Posted by freeranger at 7:42 AM No comments:

UK producers may be selling up

There are indications that free range egg producers in the UK may be selling up and getting out of the industry.

After a decade of consistent growth, the last two years have been very difficult for the free range egg sector.

Poor prices for eggs and soaring feed costs have exerted fierce financial pressure on free range producers, and it would appear that some producers have had enough.

If the Australian Egg Corporation had succeeded with its push for outdoor stocking densities of 20,000 hens per hectare to be classified as free range, many family farms in Australia would have been destroyed. If Coles gets acceptance for its 10,000 per hectare density the same thing may happen.

More details about the situation in the UK at:
http://www.farminguk.com/news/Confusion-as-producers-ponder-exit-or-expansion-plans_25301.html
Posted by freeranger at 6:21 PM No comments: 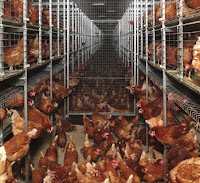 Many 'free range' egg producers in Australia are running for cover now that the ACCC has begun a campaign to clean up the industry.

The Australian Competition and Consumer Commission has issued Substantiation Notices under Consumer Law to a cross section of the egg industry in Australia. The operators who have received the notices will have to justify the claims made on their packaging and promotional material - many do not even come close to meeting the standards required by the Model Code of Practice for the Welfare of Animals - Domestic Poultry.


The Australian Egg Corporation Ltd is trying to cover its backside as the dodgy operators are claiming they have only done what AECL told them was OK.


Should be an interesting few months. It might even help to fix up some of the certification and accreditation bodies which have very slack inspection standards (if they bother to inspect at all).
Posted by freeranger at 8:19 AM No comments:

Animal Liberation in NSW is about to deploy surveillance drones to look for evidence of animal cruelty on private property - including flying over free range egg farms, sheep and cattle farms.
It's likely that the low flying cameras will anger many farmers not only because of the intrusion on their privacy, but because of the potential to frighten and injure stock. 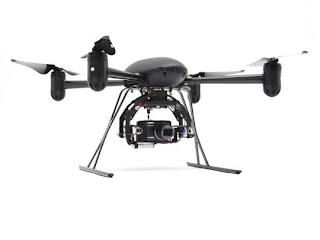 It is said that the drones will be flown at a height above 10 metres from the ground – and that is claimed to be legal.
Simple surveillance of farms to verify production claims (such as free range egg farming) is currently undertaken by using Google Earth. Clear images are available of every farm and the drones are probably unnecessary.

The issue has been brought to the attention of the Australian Privacy Commissioner, Timothy Pilgrim, who said that using the drones was "potentially intrusive”.
Posted by freeranger at 8:03 AM No comments: