Increasing world grain prices following retaliation by Russia against western sanctions will almost certainly add to living costs in many countries. It will force up the price of many foods including eggs and meat. Egg prices are already rising in some states because local weather conditions hit grain yields. 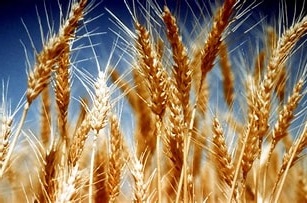 Russia’s action banning wheat, rye, barley and maize exports to Eurasian countries is currently in place until June 30. It is the latest consequence of restrictions imposed following the invasion of Ukraine.The invasion is devastating Ukraine's cities – and also its rural areas and industries, Cuts in food production will have impacts throughout Europe and further afield. One of Ukraine’s largest agricultural companies, Ukr Land Farming, said several company managers had been killed in northern Ukraine, and in Kyiv. Ukr Land Farming has lost at least 120,000 hectares (297,000 acres) of land as a result of the Russian invasion. It has been forced to shut three egg farms including Europe’s largest, the Chornobaivka factory where, the company says 3.1 million laying hens are dying.

summer crops such as corn could be severely affected with only about half the normal area planted because of the fighting.

Posted by freeranger at 8:19 AM