An Israeli research organisation, the VolcaniCenter has developed a new process which manipulates the chicken genome to eliminate the hatching of male chicks at hatcheries. If adopted by industry worldwide, this could save the culling of 7 billion male chicks every year.

Dr. Yuval Cinnamon, principle researcher at the Center announced that his team developed a molecular approach to regulate the Z chromosome with an optogenetic system using a blue light that shines through the eggshell at the incubator.

The new approach follows developments in Canada and Germany enabling the identification of male embryos which would allow eggs to be destroyed prior to incubation. None of the developments has yet been adopted by the industry but we have urged hatcheries to do so without delay once commercial viability has been established.France and Germany have undertaken to ban he culling unwanted male chicks by the end of 2021, as part of animal welfare reforms. T is expected that chicken hatcheries throughout Australia will also end the practice of euthanising day old male chicks, removing one of the key objections to poultry farms by animal activist groups. 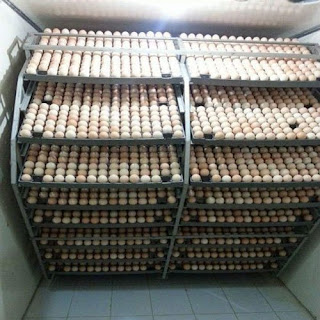 Posted by freeranger at 8:32 AM